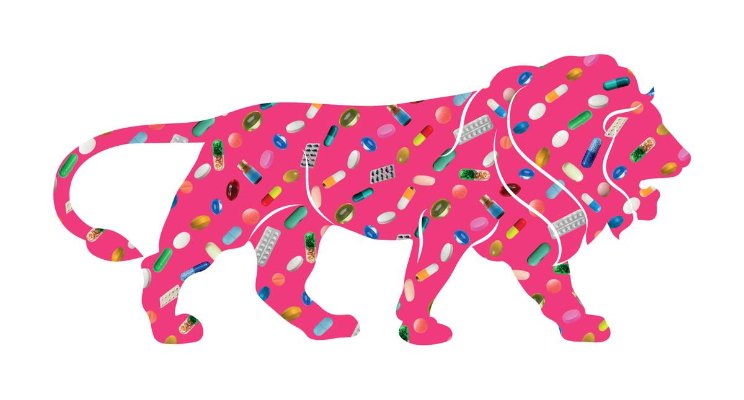 India enjoys an important position in the global pharmaceuticals sector. The country also has a large pool of scientists and engineers who have the potential to steer the industry ahead to an even higher level. Presently over 80 percent of the antiretroviral medicines used globally to combat AIDS (Acquired Immuno Deficiency Syndrome) are supplied by Indian pharmaceutical firms.

The Indian pharma industry, which is expected to grow over 15 percent per annum between 2015 and 2020, will outperform the global pharma industry, which is set to grow at an annual rate of 5 percent between the same period!. The market is expected to grow to US$ 55 billion by 2020, thereby emerging as the sixth-largest pharmaceutical market globally by absolute size, as stated by Mr. Arun Singh, Indian Ambassador to the US. Branded generics dominate the pharmaceuticals market, constituting nearly 80 percent of the market share (in terms of revenues).

India has also maintained its lead over China in pharmaceutical exports with a year-on-year growth of 11.44 percent to US$ 12.91 billion in FY 2015-16, according to data from the Ministry of Commerce and Industry. Imports of pharmaceutical products rose marginally by 0.80 percent year-on-year to US$ 1,641.15 million.

Overall medicine approvals given by the US Food and Medicine Administration (USFDA) to Indian companies have nearly doubled to 201 in FY 2015-16 from 109 in FY 2014-15. The country accounts for around 30 percent (by volume) and about 10 percent (value) in the US$ 70-80 billion US generics market.

India's biotechnology industry comprising bio-pharmaceuticals, bio-services, bio-agriculture, bio-industry, and bioinformatics is expected to grow at an average growth rate of around 30 percent a year and reach US$ 100 billion by 2025. Biopharma, comprising vaccines, therapeutics, and diagnostics, is the largest sub-sector contributing nearly 62 percent of the total revenues at Rs 12,600 crore (US$ 1.88 billion).

The Government of India unveiled 'Pharma Vision 2020' aimed at making India a global leader in end-to-end medicine manufacture. Approval time for new facilities has been reduced to boost investments. Further, the government introduced mechanisms such as the Medicine Price Control Order and the National Pharmaceutical Pricing Authority to deal with the issue of affordability and availability of medicines.

Mr. Ananth Kumar, Union Minister of Chemicals and Petrochemicals, has announced setting up of chemical hubs across the country, early environment clearances in existing clusters, adequate infrastructure, and establishment of a Central Institute of Chemical Engineering and Technology.

Some of the major initiatives taken by the government to promote the pharmaceutical sector in India are as follows:

The Indian pharmaceutical market size is expected to grow to US$ 100 billion by 2025, driven by increasing consumer spending, rapid urbanization, and raising healthcare insurance among others.

Going forward, better growth in domestic sales would also depend on the ability of companies to align their product portfolio towards chronic therapies for diseases such as cardiovascular, anti-diabetes, anti-depressants and anti-cancers that are on the rise.

The Indian government has taken many steps to reduce costs and bring down healthcare expenses. Speedy introduction of generic medicines into the market has remained in focus and is expected to benefit the Indian pharmaceutical companies. In addition, the thrust on rural health programs, lifesaving medicines, and preventive vaccines also augurs well for the pharmaceutical companies.

Also, check out How to Overcome my Current Pharma Retail Business.